Published by Aaron at 2/24/2006 02:32:00 AM
"Philippine President Gloria Arroyo has declared a state of national emergency, after the army said it had prevented an attempted coup.

She said was taking the action "because of the clear threat to the nation".

A senior general has been arrested for allegedly planning to lead troops taking part in civilian protests.

In recent days, there have been growing rumours of a coup timed to coincide with Saturday's 20th anniversary of the ousting of President Ferdinand Marcos.

The BBC's Sarah Toms in Manila says coup rumours are common in the Philippines, which has seen a dozen attempts to overthrow the government in the past 20 years.

"Momentum is building within the Air Force to sell the service's prized F-22A Raptor -- which is loaded with super-secret systems -- to trusted U.S. allies, with Japan viewed as the most likely buyer, service and industry officials tell Inside the Air Force.

A Lockheed Martin official heavily involved in the Raptor program told ITAF Feb. 14 that a proposal to alter course and sell the Raptor to Japan is working its way through the Air Force. Lockheed is leading development and production work on the service's newest fighter.

“Right now, [the proposal] is at the three- or four-star level” within the Air Force, the Lockheed official said. “It's not at the highest levels yet . . . to the people who really count -- but it's getting there.” "

"NEW YORK - A New York City drum maker has been hospitalized with a case of inhaled anthrax that officials say he may have contracted from the raw animal hides that he imports from Africa.

Authorities said Wednesday the infection appeared to be accidental - not terrorism - and did not pose a serious public health threat.

Vado Diomande, 44, had traveled recently to the west coast of Africa and fell ill in Pennsylvania last week shortly after he returned to this country with some hides, authorities said.

It was not exactly clear how Diomande came into contact with the deadly substance, or whether it happened in Africa or in this country. But aides to Mayor Michael Bloomberg said it was related to his job making drums from animal skins.

At least four other people may have been exposed to anthrax spores, including a family member of the infected man who worked with the hides, and three were being treated with antibiotics, city Health Commissioner Thomas Frieden said."

"NEW YORK, Feb. 22 (Xinhuanet) -- A man who makes drums with raw animal hides from Africa has been hospitalized after he was accidentally exposed to inhalation anthrax, officials said Wednesday.

The 44-year-old man, a Manhattan resident, had traveled in December to Ivory Coast in west Africa and became ill last Thursday during a trip to Pennsylvania, said Mayor Michael Bloomberg at a press conference Wednesday afternoon.

There was no evidence of any criminal intent or terrorist connection, the mayor said. "

Published by Aaron at 2/22/2006 03:42:00 AM
"President Bush yesterday strongly defended an Arab company's attempt to take over the operation of seaports in Baltimore and five other cities, threatening a veto if Congress tries to kill a deal his administration has blessed.

Facing a sharp bipartisan backlash, Bush took the unusual step of summoning reporters to the front of Air Force One to condemn efforts to block a firm from the United Arab Emirates from purchasing the rights to manage ports that include those in New York and New Orleans."


I believe this is an unwise decision, to allow a UAE group control over our national ports. Ports should be in the hands of americans only. However, this will probably go ahead as scheduled. Bush knows where the money is.

Published by Aaron at 2/22/2006 02:20:00 AM
"BAGHDAD, Iraq (AP) _ A large explosion destroyed the golden dome of one of Iraq's most famous Shiite religious shrines in Samarra early Wednesday, the U.S. military said, sending protesters pouring into the streets.

Police believed there were victims buried under the debris, but had no immediate casualty figures.

The blast occurred about 6:55 a.m. at the Askariya Shrine, which contains the tombs of two revered Shiite imams, police Capt. Laith Mohammed said. It was the third major attack on a Shiite target in as many days after two deadly explosions in Shiite parts of Baghdad, raising fears of an escalation in sectarian violence."

Published by Aaron at 2/20/2006 04:13:00 PM
"A British historian has been convicted in Austria of denying the Holocaust - a crime in this country once run by the Nazis - and sentenced to three years in prison.

David Irving, who had pleaded guilty and insisted during his one-day trial that he had had a change of heart and now acknowledged the Nazis' World War II slaughter of six million Jews, had faced up to 10 years behind bars.

Before Monday's verdict, Irving conceded he had erred in contending there were no gas chambers at the Auschwitz concentration camp.

Irving said: "I made a mistake when I said there were no gas chambers at Auschwitz."

He also expressed sorrow "for all the innocent people who died during the Second World War".

Irving's lawyer immediately announced he would appeal the sentence."

Even though he has yet to issue a single veto in his five years in office, Bush asked Congress in his State of the Union address to give him line-item veto power. He said it and a movement to curb lawmakers' appetite for special projects, or earmarks, would provide a one-two punch in reducing government spending."

Sometimes there is so much news, you can't help but get stuff mixed up. 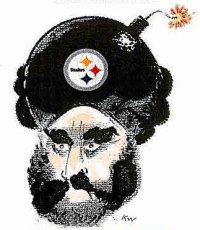 Bush Request Would Push War Total to $440B 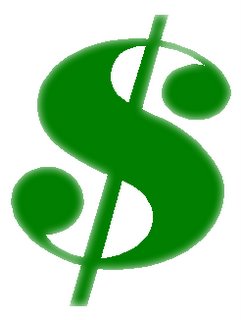 The White House acknowledges the upcoming requests would cause total spending on the wars in Iraq and Afghanistan since Sept. 11, 2001, to soar well past the $400 billion mark, while spending for hurricane relief would top $100 billion."